Zara launches new e-commerce site. Did they forgot about mobile?

Home/Blogs/Zara launches new e-commerce site. Did they forgot about mobile?
Previous Next

Zara launches new e-commerce site. Did they forgot about mobile? 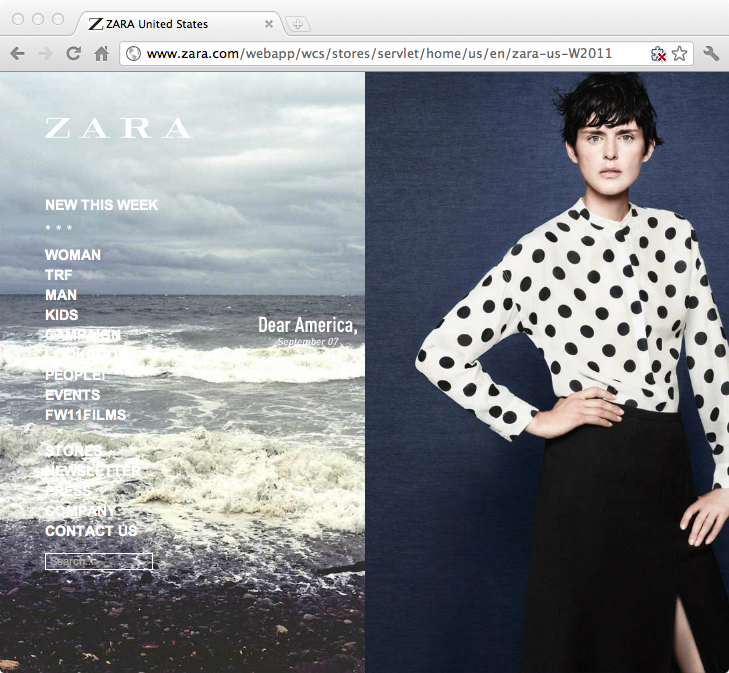 On 7 September 2011, Zara launched a new e-commerce site for the United States.

The new site, zara.com, is part of a larger plan to grow sales in the States and compete with Gap.  According to an article in The Wall Street Journal, Zara invested €24 million over the past two years in preparation of the online launch.  While brick and mortar sales as an industry may be down, recent data from the U.S. Census Bureau showed that second-quarter retail sales online totaled $44.2 billion, growing at an annual clip of 17%.  Gap reportedly gets about 10% of its revenue from the online channel.  Surely, Zara hopes to reap such online benefits.

However, is Zara’s new e-commerce site enough to compete with Gap?  Where’s the mobile site??

After spending the equivalent of $33 million, Zara forgot to launch a mobile friendly commerce site.  Gap has one.  Try visiting Gap.com on your iPhone and the site auto-detects a mobile device and redirects you to m.gap.com.

Given the target demographic of Zara, one would think mobile would be at or near top of the list for the U.S. launch.  How could they have missed this?  Perhaps Zara, like many companies, think of mobile as a subset of the Web.  If so, that would be a mistake.  Smart companies understand mobile and the mobile experience is very different from the traditional Web site.  Yes, both channels are digital and should be part of a collective digital strategy – which, of course, should be tied to the hip with your offline channels.  But with 100 million smartphones out there, I would have put mobile higher up on the ToDo list.