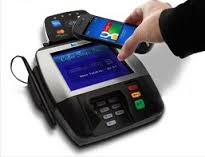 Hyped as the new way to pay, Apple Pay has seen a slow start since it launched last fall. We even questioned, Is Apple Pay an In-Store Payment Failure?

According to a recent report from Reuters:

While some of the country’s top merchants said they use and like the mobile payment system, fewer than a quarter of the retailers said they currently accept Apple Pay, and nearly two-thirds of the chains said categorically they would not be accepting it this year. Only four companies said they have plans to join the program in the next year.

So why are retailers not accepting Apple Pay? Here are the top reasons:

As Apple Pay fails to gain enough market share competitors like Android Pay, Samsung and CurrentC are ready to replace it.

Who will dominate mobile payments in the future remains to be seen, but we can help you keep track of this horse race and other mobile trends impacting your business.  Get weekly mobility updates by signing up for our email list.