The Human Side of Mobile

Home/Blogs/The Human Side of Mobile
Previous Next

The Human Side of Mobile 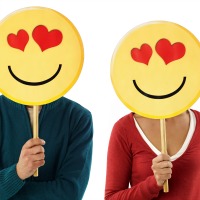 Today when we think of technology we envision the tools and machines that help us solve everyday problems. We often forget that humans are responsible for those technological creations and advances from personal computers to mobile devices. That human element is slowly seeping back into the way in which we interact with one another while using technology.

The Internet of Things (IoT) reminds us how contemporary technology was machine to machine (M2M) based and functioned with machines (run by humans) communicating with one another. That interaction helped shaped a more people-friendly version of technology as devices became portable, eventually embedding themselves into our daily lives and affecting our communication with one another.

We even theorized that this evolution of user-centric technology, specifically in mobile, should be called people-first where designers and developers create for the user first and foremost.

Now we’ve reached another point in this progression: the rise of visual communication. No longer are we limited to speaking or typing our words and thoughts. In a world where Pinterest thrives and emojis are used in text messages to convey emotions, we are now in an era where empathy is also being conveyed in our communications through technology and our mobile devices.

According to Ben Bajarin, analyst:

Communication is, at our core, an essential human behavior. Technology continues to evolve and give us more ways to communicate and invoke emotion with words, text, audio, images, digital touch, real-time drawings and whatever comes next.

Let Pervasive Path lead you through an Art of the Possible Workshop to explore how to incorporate these and other concepts into your enterprise mobile strategy.