The Questionable Future of Windows Phone

The Questionable Future of Windows Phone 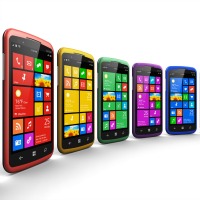 Despite near universal acceptance that the mobile channel is the way of the future, Microsoft, a company who has succeeded in both consumer and enterprise software seems unlikely to recover in their efforts to grow their Windows Phone platform.

Microsoft has been a worldwide leader in software, and have even successfully branched out to hardware devices with the Xbox gaming console and Surface Pro touchscreen laptops. However, despite the success of those products, there is still a question of why they just seem to not get mobile.

The Windows Phone platform launched in late 2010 to replace Microsoft’s earlier Windows Mobile platform, which they abandoned when, despite early market leadership, that platform was outpaced by then newcomers Apple and Google. Unfortunately, their new efforts were too late to market to gain market traction and currently only occupies 1.7% of global market share in the smartphone space.

Microsoft’s acquisition of Nokia’s mobile division intended to reverse the decline, but a string of subpar product launches have stymied this hope. Rather than building on the success of the Surface hardware, Microsoft’s latest phone offering , the Lumia 950 XL continues this troubling trend for Microsoft’s phone offerings. According to Tom Warren, The Verge:

The Lumia 950 XL design is simply boring. It’s uninspired, plasticky, and looks like any other low-end Lumia that Microsoft has been churning out over the past year. If you’re someone that believes Windows Phone is dead, this is the casket you’d bury it in. It looks like a developer device, and feels like whatever talent was left at Microsoft from Nokia just gave up on designing anything pretty.

So if Microsoft is failing in mobile, the channel of the future, why have their shares have gone up 48% percent since Satay Nadella has taken over as CEO in 2014? Nadella understands the power of cloud integration when it comes to interconnected devices, and wants to drive the usage of Microsoft products across platforms.

We are going to compete vigorously in certain domains, but the total opportunity for us to take the power of digital technology and empower every person and every organization is so huge that these partnerships really only help amplify that.

What this means for Windows Phone remains to be seen. We’ll be watching this and other mobile development during the next year to keep you informed.