Why Are Tablet Sales on the Decline?

Home/Blogs/Why Are Tablet Sales on the Decline?
Previous Next

Why Are Tablet Sales on the Decline? 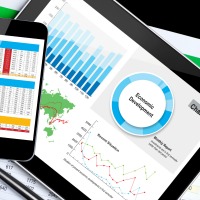 When the first iPad was launched in 2010, it wasn’t intended to replace the smartphone, instead it was meant to be the digital equivalent to paper. The goal being that with a larger and more portable screen, books, magazines and even newspapers could be read more easily on them than your smartphone. Sadly, that vision never materialized and not because of the vision itself, but because predicting the future is a tricky endeavor.

Apple took a gamble on the iPhone and revolutionized  how we communicate with one another and our information. They tried again with the iPad, but somehow didn’t predict the rise of the larger screen smartphone and how it would slowly make the tablet less a commercial success and more a niche application in the wider sphere of mobile communications.

The good news is that while overall tablet purchases declined, detachable tablets, especially the larger iPad Pro is seeing growth. Tablet sales figures from Q4 2015 – the biggest shopping season fueled by holiday sales – dropped by 13.7% for the same time period only a year before. While Apple is still the leader in tablet market sales, even they saw a significant drop in iPad sales.

Detachable tablets, like the iPad Pro or even Microsoft Surface Pro prove that consumers aren’t completely rejecting tablets but are willing to invest in them more if they serve dual purposes. With larger smartphones making it easier to consume information and news, detachable tablets are finding new life by not replacing paper, but as a more flexible device that could take the place of a laptop.

Tablets may not be dead yet, but they are evolving to fit consumer and business needs. Need help figuring out how to integrate tablets into your organization? Contact us.