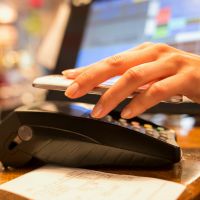 In an attempt to compete with Apple Pay in the growing mobile payments space, Android Pay recently launched and Samsung Pay is set for a debut later this month. Mobile devices and mobile users are on an exponential rise, so it only seems natural that mobile payments would be the next step in the app revolution. As the race heats up, each will try to capture a piece of this expanding market share luring customers and retailers alike.

We’ve already discussed Apple Pay here extensively, even questioning if it was a failure less than a year after its launch. So it will be interesting to observe Apple Pay’s future as the competition increases.

In the meantime, here’s what you need to know about the newest entrants into this market.

Android Pay – Like Apple Pay it utilizes near-field communications (NFC) technology. By using the same tap to pay terminals, Android Pay will likely ensure the adoption of mobile payments as customers become more comfortable using the technology and retailers have incentive to invest in the terminals.

The wide range of security and capabilities for Android Pay are similar to that of Apple Pay. Starting off, a large numbers of retailers, including Macy’s have already signed on.

Samsung Pay – Also like the competition, Samsung Pay will use NFC for transactions, but unlike the competition, it will stand out by allowing payments to be processed with a magnetic strip reader as well.  Last year Samsung acquired LoopPay, which allowed it to integrate Magnetic Secure Transmission (MST) technology into their phones, enabling users to hold their phone against the credit card swipe slot where they usually swipe a credit card and have it processed as a normal card transaction.   It remains to be seen if this unique solution, which gives Samsung Pay more universal acceptance results in greater adoption.

And these aren’t the only two new mobile payment systems to emerge, MCX, the alliance of retailers, is still making promising to launch CurrentC next year.  To stay on top of all of this and more, sign up for our email list to receive weekly mobility updates.