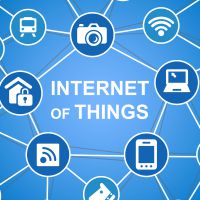 As the Internet of Things (IoT) moves from tech buzzword to reality, consumers now have another opportunity to get up close and personal with the latest IoT devices. We recently commented on who would be making money from IoT and even mentioned how retailers like Target and Sears had opened up device showrooms in Silicon Valley.

But now, a new retail model and brick and mortar store has opened in Palo Alto. This latest entrance into the IoT market, b8ta, was begun by several tech startup veterans.

According to Vibhu Norby, CEO of b8ta:

What would it take to make selling in a retail store as easy as it is to set up your own shop online? That was the hypothesis that drove us to create the store. We created a software product, as well as a store, that works the way we think retail should work.

The store has a two-fold model. The first is as a showroom for up and coming IoT products. The products are unboxed and on shelves ready for consumers to explore and use. Revenue is generated for b8ta not from taking a cut of the sale of a product but from rental fees paid by those companies showcasing their latest IoT innovations.

Where it differs from the other showrooms, is that b8ta also has a proprietary software to track consumers in the retail environment, using their own showroom as the test study. This software tracks how often consumers interact with a product on a shelf, can track foot traffic and also be used to re-stock shelves.

It is here where b8ta has introduced a new retail model in the IoT space. This is a model where actual devices are sold and also one that tracks consumers who come into to experiment with the products. If successful, this revolutionizes how consumers are introduced to new IoT products and how companies can unveil new devices.