Supporting the Evolution of the Touch Interface

Home/Blogs/Supporting the Evolution of the Touch Interface
Previous Next

Supporting the Evolution of the Touch Interface 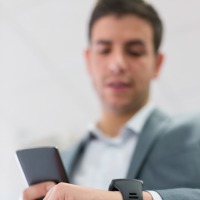 The rise of the smartphone also ushered in the era of the capacitive touchscreen, and as smartphones and other mobile devices have evolved, so has the touchscreen and the way we interact with them. This evolution of the user interface and the supported interaction models, is both a function of the innovation driven by the firms delivering products in this space, but also the developers and community adopting those products.

One example of such innovation comes in the form of 3D Touch, which was unveiled this past fall with the iPhone 6S. This unique feature relies on a combination of hardware and software to allow the user to apply pressure sensitive touch to control certain apps. For instance, users can press down for a ‘peek’ of content before opening an actual app. In delivering the 3DTouch capability, Apple only implemented a few of it’s possible uses, leaving the rest for developers to define.  As a result, researchers and doctors at Johns Hopkins University have found a way to use it to help stroke victims recover through a pressure sensitive app which helps them regain strength and dexterity.  Other uses for this type of touch sensitivity have been seen in recent drawing and musical keyboard apps, illustrating how developers will find innovate ways to utilize new technologies if supported by the right access and tools.

Another, more comical example of where users have extended technology beyond it’s designed use also comes from Apple.  The Apple Watch was designed so users can interact via the crown, touch and voice commands.  But what happens if you are in the shower and your hands are wet, or you are chopping food and your fingers are covered in juices? Use your nose of course.  As users become more comfortable with technology, they will find inventive way to to accommodate their needs. This example takes Apple Watch in the direction of literally being “hands free.”

This will likely be the way of the future as mobile manufactures design the hardware and software and users adapt it to their own needs spawning even more advances to the platform.  Find out how we can help your organization make the most out of mobile by supporting your user community to drive innovation. Contact us.